Numerous entertainment options and everyday activities in the mountain 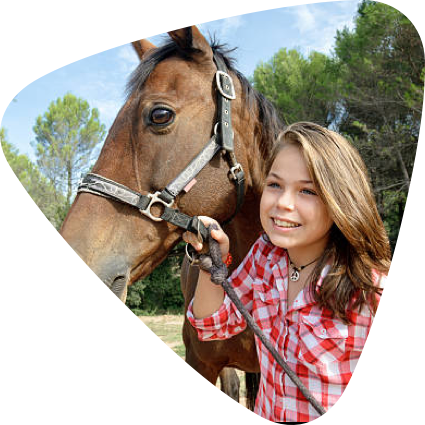 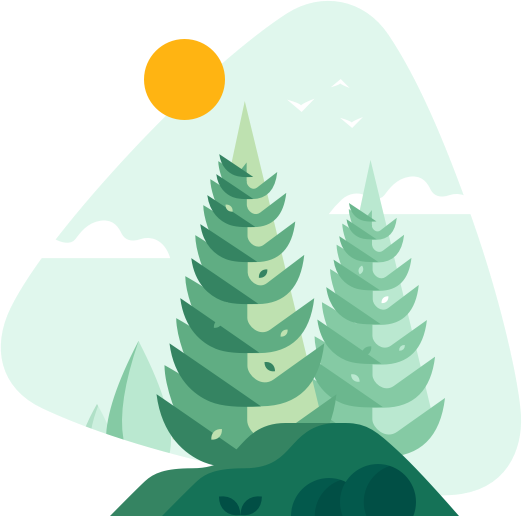 The most important thing for the camp

The LuckyKids International English Camp is open to all children between the ages of 5 and 14.99, regardless of language proficiency.

Children aged 5 to 6.99 are admitted to the camp only with an escort to make their adaptation easier. All activities in the program are safe and age-appropriate. Children's daily routine is combined with a healthy and balanced diet. 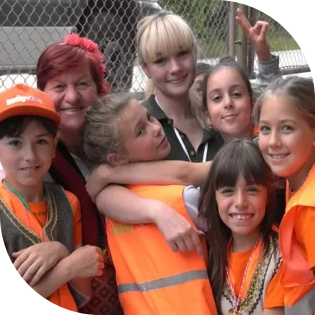 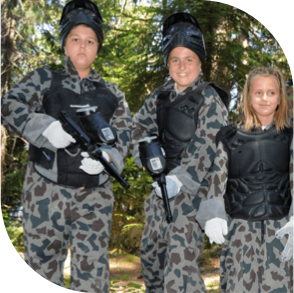 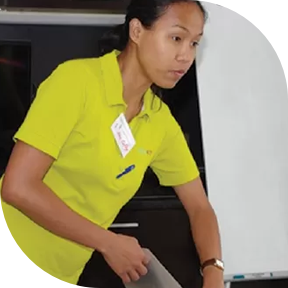 The program of the camp is specially developed by a teaching team on the principle of project training - the children develop projects on topics set for the specific period to improve their English language skills. Project-based learning is a modern innovative approach that has been successfully applied in the educational programs of all schools with foreign language teaching in the last 10 years.

In addition to language, project training provides knowledge in many other areas of the social and natural world. The program of the LuckyKids children's language camp also includes interactive training in the form of various games and activities. All groups, except the beginner, work on computers and use an interactive whiteboard. The children from the beginner group work on different methods, the main goal of which is within the English language course to learn to use the language so that it serves them for life in the children's language camp. The most commonly used methods are: Play and Talk with Echo and Jolly Phonics.


In all groups the emphasis is on the audio-visual perceptions of children, which are part of many modern methods of studying languages and for teaching in the initial educational stage, such as suggestopedia, Solar pedagogy , Montessori , etc. All children learn what the virtues are and are encouraged to follow them in their daily lives. A requirement for every teacher in the camp is to make the educational blocks fun and interesting and to be able to provoke the children to look for new knowledge not only in English. In itself, the work of each teacher has a unique style, but follows a common line set by the coordinator of the educational program. At the end of the period each child from summer language camp LuckyKids receives from the teacher a written report containing detailed information about the results and has in order to help the child for his further learning in English. Living in an English-speaking environment for 7 or 14 days is guaranteed to give results and is a solid basis for mastering the new language and finding new friends. The camp is organized in the aparthotel Lucky Bansko SPA & amp; Relax *****, where children feel at home in full board.

What are our prices?

Our prices of 499 € for a 7-day stay and 918 € for a 14-day stay include absolutely everything: transfers from Sofia to Bansko and back, accommodation for children, meals, training, support materials, animation, all activities and insurance. There is nothing extra for parents to pay extra.

Prices are significantly lower than those of similar camps in England (more than 3 times) and Malta (more than 2 times), which include in their packages and much less activities.

You can certainly find cheaper children's camps in Bulgaria, but they cannot guarantee the quality and efficiency of LuckyKids. It is no coincidence that the camp is very popular, and more than 35% of the children come on the recommendation of friends or parents whose children have already been to the hotel. There are many cases in which children are enrolled twice in 1 season for a whole summer vacation (2.5 months), and some of them - for a stay of 3 weeks.

Thank you for the amazing job!

I welcome the opportunity to express my sincere gratitude to Miss Yonnie and  the entire team of LuckyKids Camp for the care, and individual approach to the kids. George is a very delicate child (even could be quite picky), and would not go to any place unless he feels comfortable. His wish to take part in the camp (over and over again),  speaks out loud. I am impressed how you manage to combine the adequate discipline, order, and respect while giving the kids freedom to express themselves. Moreover, it is highly obvious how much you are enjoying working with them.

Thank you so much!

I am considering  sending Raya again in the LuckyKids Camp as that experience for her was more than great, and also helped her get more confident in communicating in English. Furthermore, kids are thought how to be more independent and disciplined. Raya is fascinated by all teachers in the camp, and especially by her favourite teacher Miss Marina. She has quite much enjoyed the outdoor activities, the horse riding and mountain biking. Thank you so much for giving her such unforgettable memories, and see you next year!

We are certainly visiting you again next summer!

I would like to thank you for the wonderful organisation, and amazing experience that my  daughter has had. My nanny also shared that she had been astonished by the way all the things had happened during the camp. We are certainly visiting you again next summer, God Bless!

This definitely was a good spent vacation!

Hello, I would like to express mine, and my husband`s sincere gratitude about the organisation, the discipline and the lovely moments our child has had during the camp. This definitely was a good spent vacation! I hope I would have the chance to meet you all personally in the near future. Kalina is sending her warmest regards, and wants you to know that she misses you. We wish you a good, day and a great summer!